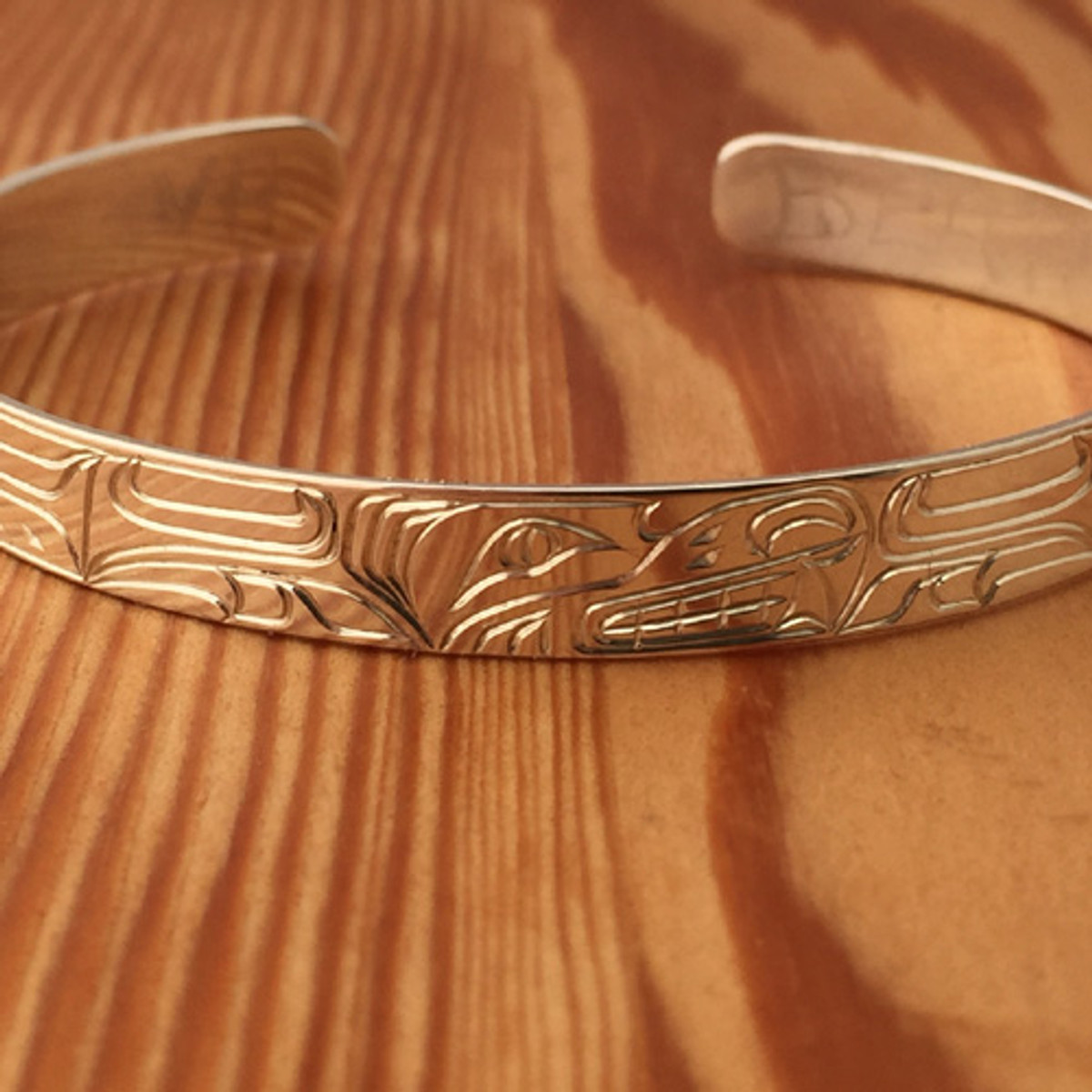 Wolf: Symbolizes Family, togetherness and Loyalty.  The wolf is also a symbol of Endurance

Bear: A symbol of a guardian or Elder. The Bear is Mother Nature's pharmacist and protector.

Eagle: Symbolizes power, strength, ability to go further.  The Eagle is also a symbol of peace and friendship.

Hummingbird: A symbol of Love Luck and Joy.  The Hummingbird is a joyful messenger.

Nancy Dawson was born in Alert Bay on northern Vancouver Island in September 1954. Her mother, Catherine Beans, was from the Mamaleleqala-awe-qwa-sot-enox nation on Village Island; and her father, Don Gesinghaus, was of German descent. Nancy credits her family for her success as an artist. Her father was a talented wood and metal worker who fashioned intricate wooden railings that both fascinated and inspired Nancy. Her mother raised Nancy in the ‘potlatch circle’ which contributed greatly to Nancy’s sound understanding of her culture. However, it was through Nancy’s efforts to develop her son’s interest and understanding of Kwagiutl art that she became inspired to begin designing.

No reviews. Leave a Review